Reflections on a Road Well-Travelled, Part 2

After the first Houston workshop, we went right away for a walk and then settled into our evening. I didn’t post the completed demo until the next morning, Friday. Then we got going on the next workshop, same location, new group, and away we went. At our first break, I noticed someone had posted on Instagram that they lived in Houston and would love to take the workshop. Is that possible? I suggested they DM us and we could work something out. The workshop continued. That afternoon, when the day was done, Aimee and I looked for another walk and the Houston Arboretum jumped out at me. I put in the GPS and away we went.

On the way, I noticed an entrance to the Arboretum that seemed new and perhaps underused. I decided to turn in there, found a parking lot, and we got out to scour the area and find a trail. At first, with all the construction around, and no human in sight, it seemed we may have mistakenly arrived at a part of the park that was not yet ready for the public. But we struck out in various directions, reaching several dead ends, before we found what appeared to be a viable trail. 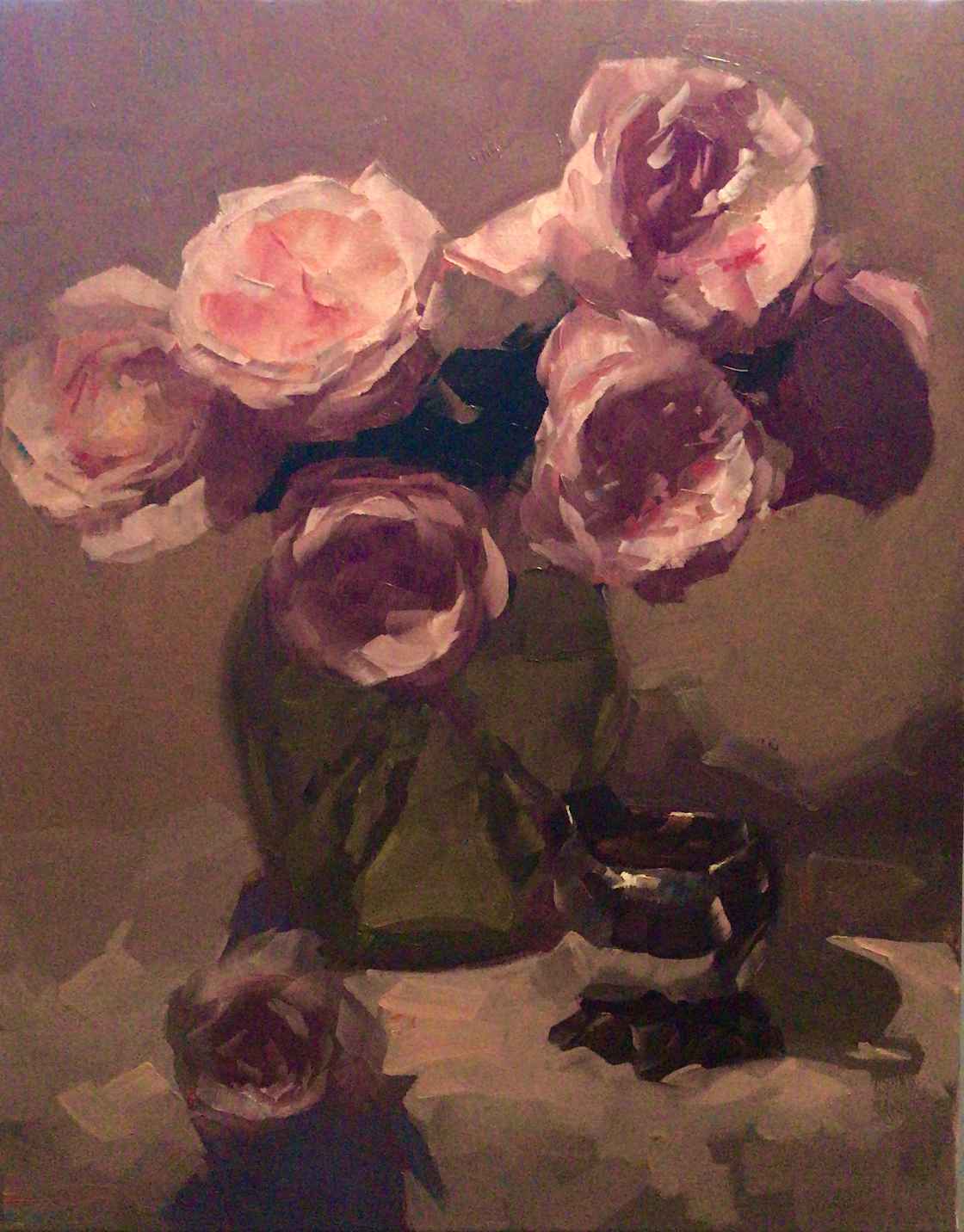 We began to see living people walking, so we were relieved that we were perhaps in the right place after all. After walking for some time, with the heat index approaching the upper 90’s, the question of whether we had gone too far for comfort arose. We didn’t bring any water, were unsure how far or in what direction was our car, and a crossroads loomed ahead. Which way should we go? A couple wearing surgical masks approached from the opposite direction, so we decided to ask for advice. The man pulled down his mask, suggested that if we take this route, we would be back to our car in about 30 minutes. We decided that was doable, and set out.

Within a few seconds I got a text message from Morgan, one of my team members, who said there was someone in Houston who wanted to take the workshop, could she come for the last two days? I said, sure, just put her in touch with Jerri, our host. She said she would, so we continued our trek. After just a few more steps, I noticed someone up ahead, in the shadows, with a plein air setup and apparently painting. We approached. I asked if she minded if I looking at her painting. She agreed, so I peeked. I saw a well developed start. I said, “nice block in.” She smirked a bit, and I followed with, “I’m an artist.” She said, “ I thought so, since you said, ‘block in.’” Ha!

I began to walk away, and my intuition said to tell her that we were in Houston teaching a workshop. I could see a look of incredulity wash over her face as she exclaimed, “you’re Perrin. You’re Dennis Perrin!” She looked at Aimee and said, “and you’re in all the paintings!!” Marla, as it turns out, was the very one who had earlier said on Instagram that she wanted to take the workshop, and the one who Morgan had texted about only moments before. My mind quickly tried to survey the odds on this occurrence.

There are 3 million or so people in Houston, there are dozens or even hundreds of square miles, and we had just completed about fifty random decisions that brought us to this very spot at this precise moment. Marla had likewise gotten an early release from work that day and made a spur of the moment decision to visit this spot on the chance that the yellow wildflowers would be ripe for painting that day. Not even the winning ticket of the lottery could compete with the kind of odds that were in play for the orchestration of this rendezvous! Marla joined us for the last two days of the workshop, and the spectacular specifics of this event continues to resonate even now as I recount the story.

What a Universe in which we live!

That is truly beyond amazing Dennis! Perhaps we should all pay more attention to the random niggles and thoughts we have to see what the outcome will be. This isn't a story I would forget in a hurry either. Thank you for sharing!